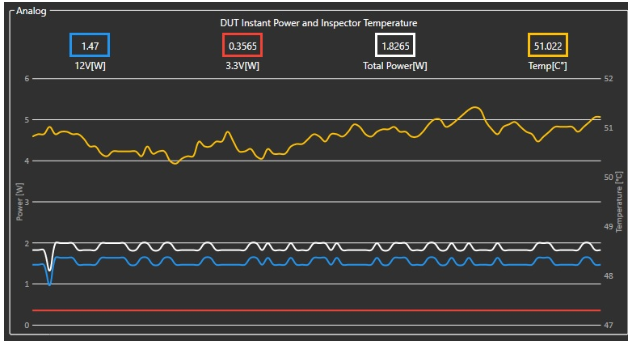 PLDA’s INSPECTOR diagnostic and debug tool for PCIe 4.0 passed all Gold and Interoperability tests for systems with CEM slots

PLDA, the industry leader in PCI Express® (PCIe®) technology and high-speed interconnect solutions, today announced that their PCIe 4.0 INSPECTOR™ diagnostic and debug platform passed all Gold and Interoperability tests for the PCIe 4.0 root port systems performed by the PCI-SIG® during their Compliance Workshop, held in October 2019 in Taiwan.

PLDA Solutions for Test and Validation of PCIe 4.0 Devices

In addition to their core business of licensing PCIe semiconductor IP, PLDA has a long history of robust hardware designs. PLDA initially built its first PCIe 4.0 platform, Gen4SWITCH, as a way to demonstrate the PCIe 4.0 technology and to test designs at PCIe 4.0 speed for its own needs. Widely used during tradeshows and at PCI-SIG workshops as an early PCIe 4.0 host platform, Gen4SWITCH has become a star product in high demand, and has spawned a complete Test and Validation product line, targeted specifically at the needs of PCIe 4.0 SoC designers and system vendors.

PLDA has leveraged their extensive PCIe expertise to provide a comprehensive suite of Test and Validation solutions for the PCI Express protocol, enabling faster and more affordable validation of PCIe silicon and devices

Check the video demonstration of Inspector.

Debugging issues in a PCIe system is often challenging and time consuming. PCIe Express is a complex protocol with little or no visibility on problems that have a long-term impact.

PLDA is releasing a series of tutorials that explains the role of each debug tool and method in troubleshooting issues, with simple tips and use cases.